How it all began

Cape Trib Farm has been pioneering tropical and exotic fruits in Australia for the past 40 years.

During the 1970s Colin and Dawn Gray began their quest to seek out little known exotic tropical fruits and propagate them commercially in Far North Queensland. They identified suitable land at Cape Tribulation, which they bought as 30 acres of cleared land – a disused cattle property – and almost 60 acres of rainforest, with an ungazetted ‘public’ road through the middle.

They began travelling extensively throughout South East Asia, importing quality seeds and plant material whilst navigating strict Australian quarantine restrictions, and experimenting with a range of grafting and propagation techniques.

It was tough starting out. Guinea grass was 6 foot high and paddocks were littered with rusty barbed wire fences and abandoned squatter camps. Preparing the paddocks for planting was an arduous and painstaking task. Colin, Dawn and their four children began the rejuvenation process and experimented with an array of rare tropical fruit trees.

Their quest was hampered by natural disasters such as direct hits from cyclones, phytophthora, and pests, as well as the hardships of developing a commercial orchard in an area with no services (no power, water or telecommunications). Power came from a trusty Lister generator which thumped away for three hours each night, after which lighting was limited to kerosene lamps and candles; the family read books or played games for entertainment as there was no TV (perhaps this part was no hardship!); house water came from a spring, the intake of which often had to be cleared to ensure supply. 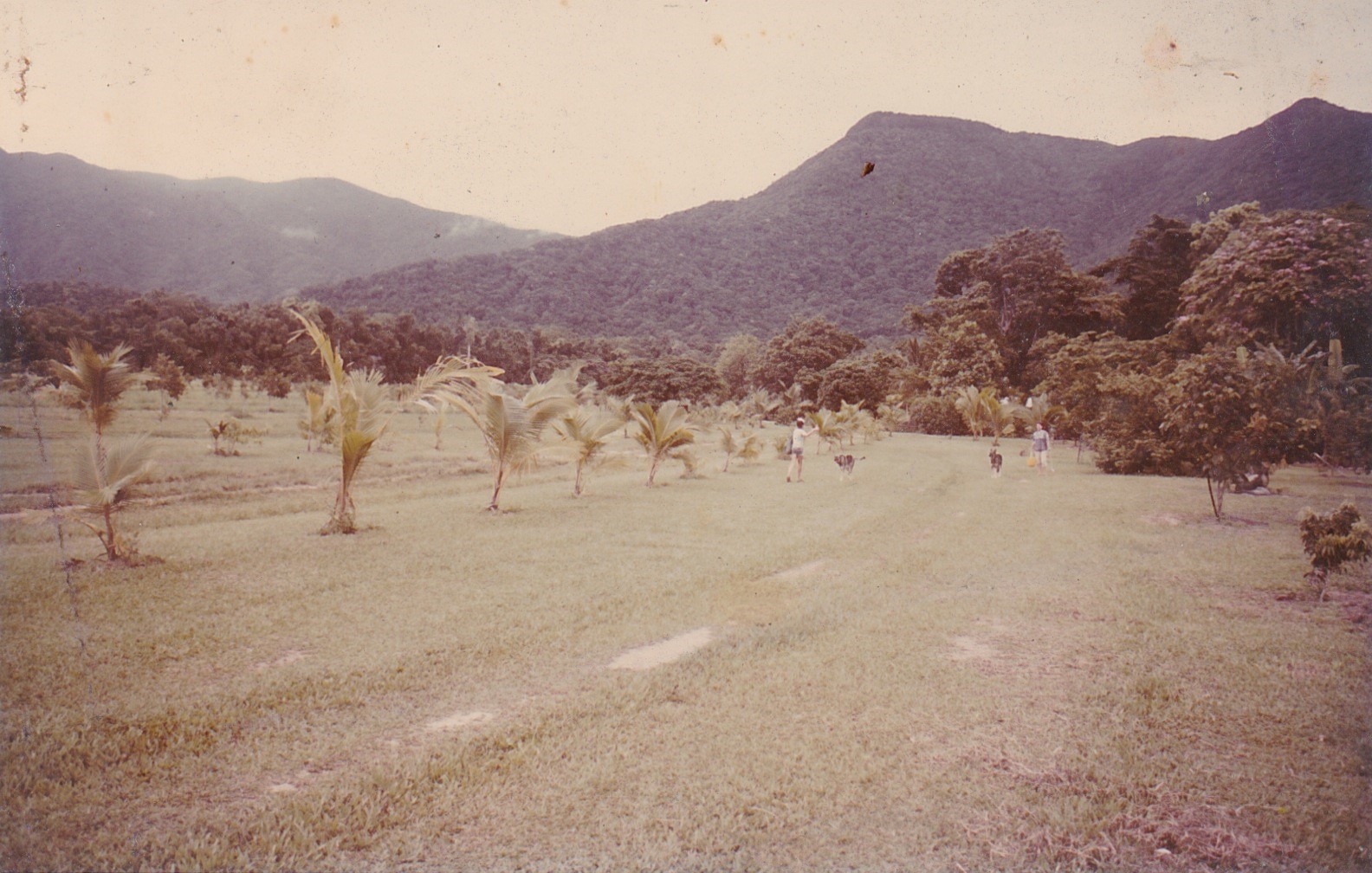 From just before the Daintree Ferry through to Cape Trib the unsealed road was extremely rough, with many rocky creek crossings and just one bridge – this section alone could take two hours on a good run. Wet seasons brought landslides on the ranges and uncrossable flooded creeks, making access impossible for weeks at a time. Communication with the outside world was limited to the Royal Flying Doctor radio at Mason’s Shop and the weekly mail service.

Over the years, the orchard has thrived and the destination opened up to travellers from across the world. But the challenges were not over. The most devastating event in the farm’s history was Cyclone Rona in February 1999 which went straight through the property and decimated the orchard. Colin’s paddock of 500 beloved durians was 90% destroyed, large swathes of rambutans trees lay twisted amongst a carpet of unripe fruit rotting on the ground, soursops were bowled over from the roots – it made a sad sight.

Down but not out, the Grays rebuilt the orchard over following years, with a major push into developing rambutan, mangosteen and breadfruit crops, complemented by a diversification into tourism accommodation and the building of five cottages set amongst the orchard.

From the early days, the Gray family saw an opportunity to share their passion for rare and exotic fruits with visitors to the Daintree and started the original Fruit Tastings in the early 1980s. In the 1990s as their commercial crops began to demand more of their time, their neighbours Digby and Alison Gotts took up the fruit tasting mantel until they moved away a couple of decades later, and Cape Trib Farm resumed Fruit Tasting tours in early 2015.

Merran and Jeremy came onto the farm in 2015 as part of a transition to the next generation, and bought the farm from Colin and Dawn in 2016.